International team discovers an inside-out nebula surrounds a ‘born-again’ star, shedding light on the late-stage evolution of the Sun 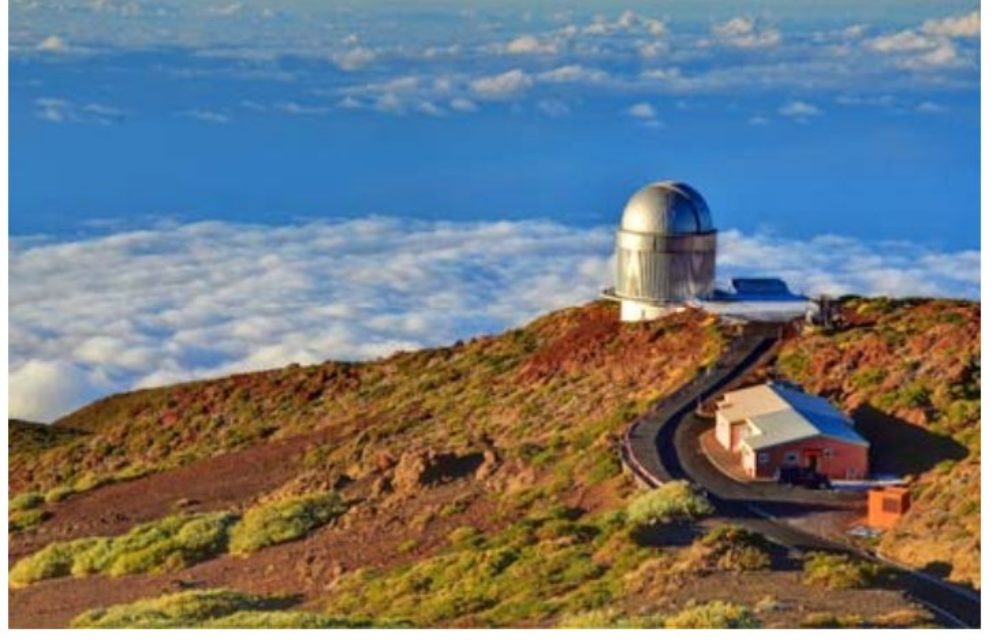 Since 2014, Dr Xuan Fang of HKU LSR has been observing the evolution of HuBi 1 using the Spanish flagship telescope Nordic Optical Telescope.

The Instituto de Astrofísica de Andalucía (IAA-CSIC) in Spain, the Laboratory for Space Research (LSR) of The University of Hong Kong (HKU), and an International team comprising scientists from Argentina, Mexico and Germany have discovered the unusual evolution of the central star of a planetary nebula in our Milky Way. This extraordinary discovery sheds light on the future evolution, and more importantly, the ultimate fate of the Sun.

The discovery of a structurally ‘inside-out’ planetary nebula — the ionized material that surrounds a white dwarf — was just reported online in Nature Astronomy. This is also the eighth research paper produced by HKU LSR with its international collaborators in the Nature journals since 2017.

The research team believes this inverted ionization structure of the nebula is resulted from the central star undergoing a ‘born-again’ event, ejecting material from its surface and creating a shock that excites the nebular material.

Planetary nebulae are ionized clouds of gas formed by the hydrogen-rich envelopes of low- and intermediatemass stars ejected at late evolutionary stages. As these stars age, they typically strip their outer layers, forming a ‘wind’. As the star transitions from its red giant phase to become a white dwarf, it becomes hotter, and starts ionizing the material in the surrounding wind. This causes the gaseous material closer to the star to become highly ionized, while the gas material further out is less so.

Studying the planetary nebula HuBi 1 (17,000 light years away and nearly 5 billion years ahead of our solar system in evolution), however, Dr Martín Guerrero et al. found the reverse: HuBi 1’s inner regions are less ionized, while the outer regions more so. Analysing the central star, with the participation of top theoretical astrophysicists, the authors found that it is surprisingly cool and metal-rich, and is evolved from a low-mass progenitor star which has a mass 1.1 times of the Sun.

The authors suggest that the inner nebula was excited by the passage of a shockwave caused by the star ejecting matter unusually late in its evolution. The stellar material cooled to form circumstellar dust, obscuring the star; this well explains why the central star’s optical brightness has diminished rapidly over the past 50 years. In the absence of ionizing photons from the central star, the outer nebula has begun recombining — becoming neutral. The authors conclude that, as HuBi 1 was roughly the same mass as the Sun, this finding provides a glimpse of a potential future for our solar system.

Dr Xuan Fang, co-author of the paper and a postdoctoral fellow at the HKU LSR and Department of Physics, said the extraordinary discovery resolves a long-lasting question regarding the evolutionary path of metalrich central stars of planetary nebulae. Dr Fang has been observing the evolution of HuBi 1 early since 2014 using the Spanish flagship telescope Nordic Optical Telescope and was among the first astrophysicists to discover its inverted ionization structure.

He said: “After noting HuBi 1’s inverted ionization structure and the unusual nature of its central star, we looked closer to find the reasons in collaboration with top theoretical astrophysicists in the world. We then came to realize that we had caught HuBi 1 at the exact moment when its central star underwent a brief ‘born-again’ process to become a hydrogen-poor [WC] and metal-rich star, which is very rare in white dwarf stars evolution.”

Dr Fang, however, said the discovery would not alter the fate of the Earth. He remarked: “Our findings suggest that the Sun may also experience a ‘born-again’ process while it is dying out in about 5 billion years from now; but way before that event, our earth will be engulfed by the Sun when it turns into a superhot red giant and nothing living will survive.”

HKU LSR Acting Director Professor Quentin Parker is exceptionally pleased with the findings of this international collaboration. He said: “I am delighted by this latest important contribution by Dr Xuan Fang who played a key role in this very unusual discovery of the international project. This exciting result in the area of evolved stars adds to several other impressive findings that members of the LSR have been producing over the last two years in astrophysics and planetary science research. It demonstrates yet again that the universe still has surprises for us. The LSR has an excellent and growing reputation in late-stage stellar evolution, high energy astrophysics, and planetary sciences and I expect this to continue.”

About HKU Laboratory for Space Research
The Laboratory for Space Research (LSR) at The University of Hong Kong (HKU) was founded by former Dean of Science Professor Sun Kwok. It is led by acting director Professor Quentin Parker. LSR is positioned as a multi-disciplinary international research center in Hong Kong, engaging in research in pioneering fields including (1) space-based Earth remote sensing, (2) atmospheric science and near Earth environment, (3) planetary and associated geological sciences, and (4) astronomical observations of celestial objects using ground-based and space-borne telescopes. The astronomical research carried out at the LSR mainly covers astrochemistry, planetary nebulae, astrobiology, high-energy physics, and planetary science. The LSR members are actively engaged in research collaborations with many institutions/universities around the world. In recent years, LSR has also strengthened and expanded its tie with several renowned universities and institutions in Mainland China.

Dr Xuan Fang’s biography
Dr Xuan Fang received his PhD in astrophysics in 2011 at Peking University, Beijing, China. He is currently a postdoctoral fellow at Laboratory for Space Research & Department of Physics, The University of Hong Kong (HKU). Dr Fang is an expert in the theory of planetary nebula formation/evolution and astronomical observations and has worked on planetary nebulae and related subject for more than ten years. He has participated extensively in international collaborations and led a number of research programmes utilizing world-class telescopes, including the world’s biggest ground-based optical telescope, the 10.4-metre Gran Telescopio Canarias (GTC, La Palma), and the Hubble Space Telescope. As a principal investigator, he was awarded 140 hours of observing time (equivalent to an about 1.4 million Euros research funding) at the GTC. He is also the most experienced and heaviest user of GTC among the scientists in China. 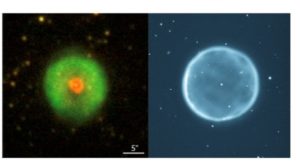 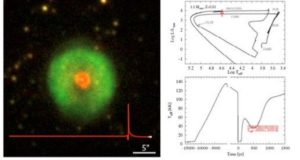 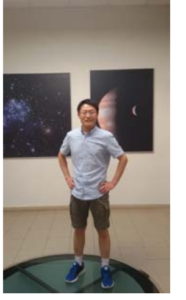 Dr Xuan Fang poses during an academic visit to the Instituto de Astrofisica de Andalucia (IAA-CSIC, Granada, Spain) in 2017, when the data of planetary nebula HuBi 1 was analyzed and intensively discussed.