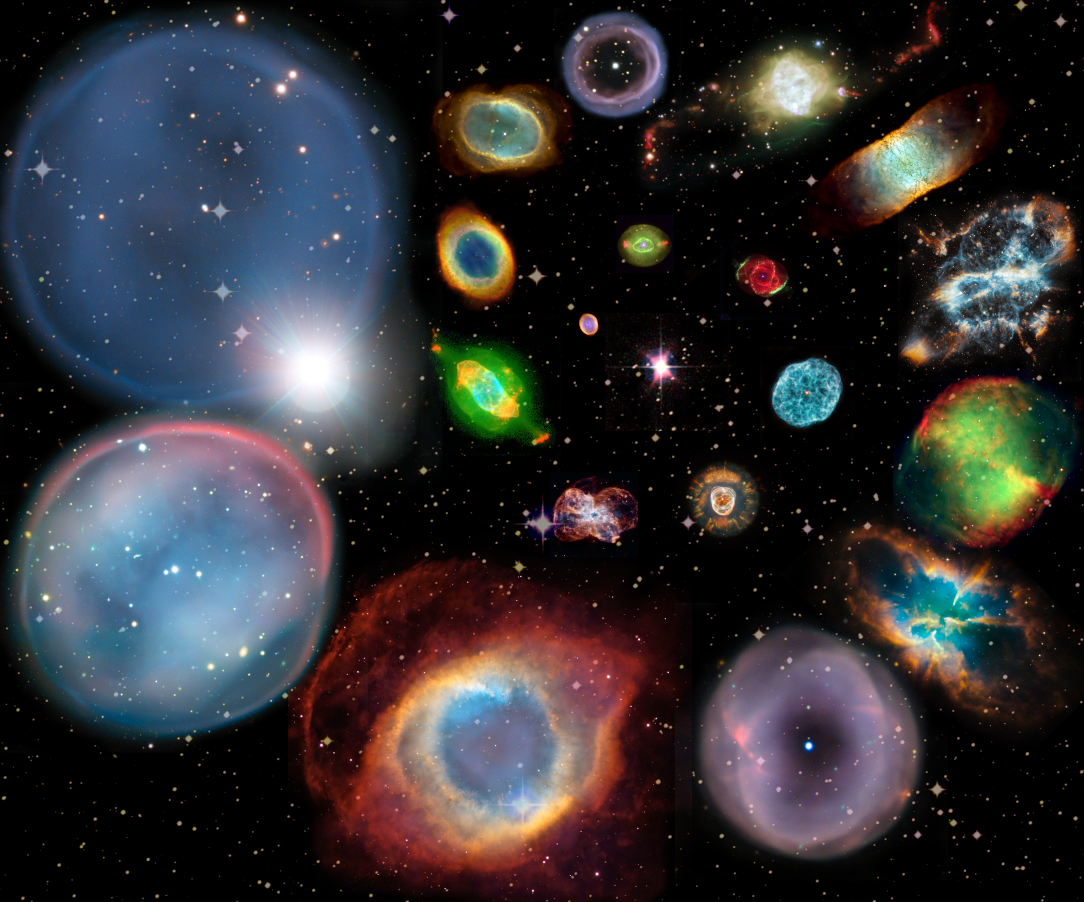 We have a strong and growing research group in late stage stellar evolution, where we are currently ranked 8 th globally (according to SciVal metrics).

Our research concerns the observational and theoretical issues around the short phases of stellar evolution whose various pathways are strongly dictated by the stellar birth mass. Low to immediate mass stars with less than about 8 times that of our Sun will pass through a so called Planetary Nebula (PNe) phase. This is where a final stellar envelope ejection of material, after the post-AGB phase, will be ionized by the hot, contracting stellar core on its way to becoming a White Dwarf. The ejected shroud glows with a rich emission line spectrum to reveal a bewildering variety of colourful and majestic forms that we call PNe.

Under the prior leadership of previous director Prof Sun Kwok (now an emeritus professor and LSR affiliate) and now current director Prof Quentin Parker, a strong and highly productive PNe and post-AGB star research group of faculty, postdoctoral fellows and RPG students has been established. A series of highly influential papers have been produced. The LSR has also created and hosts the “Hong Kong AAO Strasbourg H-alpha Planetary Nebulae Research Platform” (HASH). This is a fully integrated SQL database (see website hashpn.space) for essential, up-to date information for all known Galactic planetary nebulae (PNe). With the HASH interface, users can sift, select, browse, collate, investigate, download and visualise the entire currently known Galactic PNe diversity. HASH provides the community with the most complete and reliable data with which to undertake new science. In December 2017 we hosted the prestigious “Asymmetric planetary Nebulae VII” meeting in Hong Kong that has led to an important refereed conference proceedings: https://www.mdpi.com/journal/galaxies/special_issues/Planetary

We also undertake late-stage stellar evolution research at the high-end stellar mass range where stars explode as SuperNova. This leaves behind objects like pulsars, neutron stars and even black holes and the ejected stellar material as a wistful Supernova remnant. Several LSR members actively work on various observational and theoretical aspects of these processes and products.