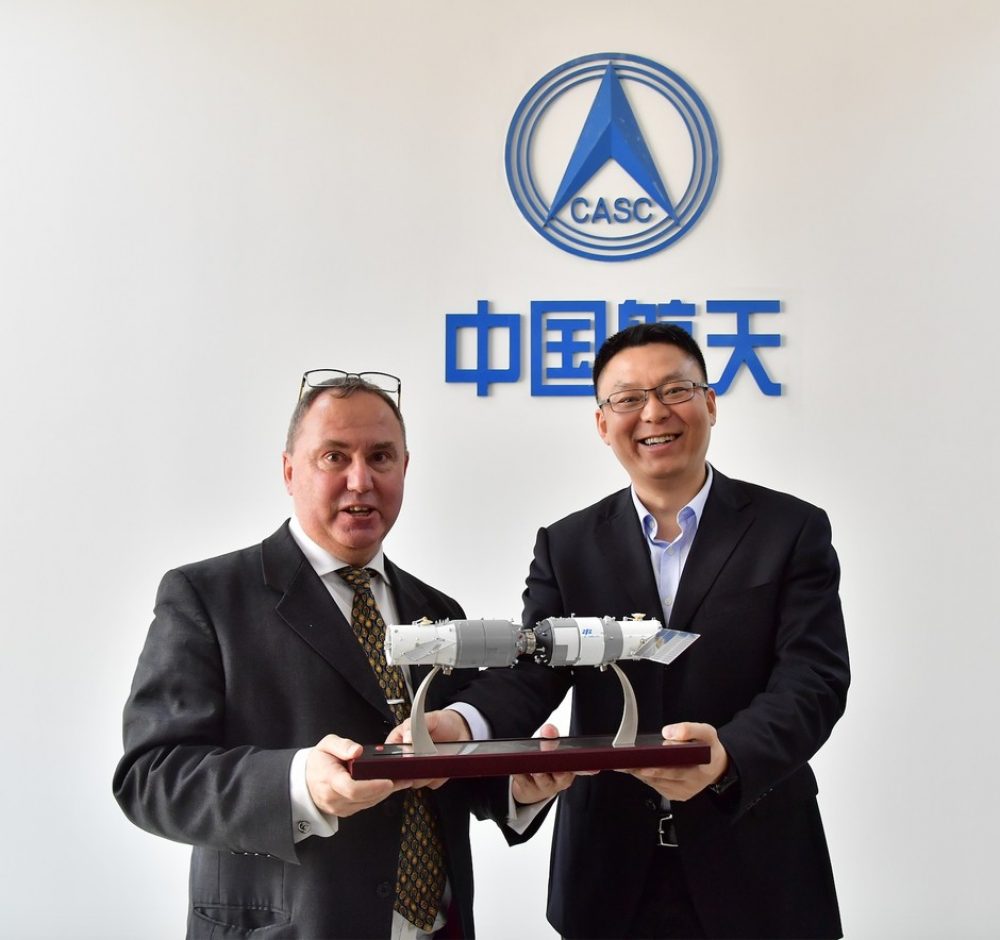 The Laboratory for Space Research (LSR) of The University of Hong Kong strives to play an important role in strategically positioning astrophysics, space and planetary research of both HKU and Hong Kong SAR to a higher level. A senior LSR delegation led by Prof. Quentin Parker recently opened the avenue for collaboration with the Mainland National Astronomical Observatories and embarked on several other key initiatives during its visit to elite Chinese institutes and Universities in Beijing and Shanghai in early March. This succeeded well beyond the team’s expectations with agreements and opportunities galore! The LSR believes there will probably never be a better time for HKU to push forward on Space and Planetary Sciences than now. This is given the massive Mainland expansion and expenditure in this area and shift in focus to major science missions in space. The science and engineering opportunities available and possibilities for HK SAR and HKU are significant. “Timing is important. This all comes at a period when there is also very strong upstream pressure for Mainland engagement with HK, Macau and the Greater Bay Area. We do not underestimate the importance of this. Our trip solidified existing initiatives and secured other excellent opportunities,” said Professor Quentin Parker, Director of LSR.
At its visit to Beijing Institute of Space Mechanics and Electricity (BISME), the team finalised an important MoU with them – BISME are responsible for manufacturing the NJU-HKU No.1 satellite due for launch as early as October 2019. At the visit to the National Astronomical Observatories of China (NAOC), the LSR finalised an MoU both parties have been working on together for nearly a year. This MoU has far-reaching and strategically important consequences. The most important is that the MoU includes access rights for the first time for all HK astronomers to all ground based Mainland facilities and those available via international agreements. So now HK SAR based astronomers can apply for time in open competition with their Chinese peers on any telescope that China has access to, just like for Mainland universities. HKU LSR negotiated this on-behalf of the entire HK SAR astronomical community in all tertiary education establishments (there are currently around 60 active astronomy researchers in HK SAR across HKU, HKUST, CUHK that could benefit including postdoctoral fellows and research postgraduate students, including around 25 at HKU). This is a highly significant, positive development for HK scientists and astronomers and demonstrates our open-handed, collaborative approach.
HKU was also invited to become a member of the NAOC-led Chinese participation in the International Thirty Metre Telescope project (TMT: see www.tmt.org). Chinese membership of this consortium is a flagship science project of national significance. We are hoping for HK SAR government and HKU can support us to participate and lead HK astronomers in this wonderful opportunity.
Another highlight was our visit to Shanghai to talk with Shanghai government officials and senior directors and representatives from the Shanghai Academy of Spaceflight Technologies (SAST). An MoU was signed and HKU (under the auspices of the LSR) was invited to become a full member of the SAST led Joint Innovation Centre for Space Science (JICSS) that was established in May 2018. We will be joining 17 top Mainland universities in an endeavor that is expected to lead all major Chinese-led space science satellite missions in the future. HKU has an opportunity to lead such a future mission via the JICSS. Finally, Shanghai and Hong Kong have a joint innovation commission between our two great cities and it was suggested by the government officials that Space Science could form a key part of this initiative for high-tech endeavours both at HKU-ZIRI (www.ziri.hku.hk) and in the GBA.

About LSR
The LSR is well situated in a dynamic region of Asia to foster links with the space science community in China and globally as is already occurring. The LSR’s interdisciplinary research launches various bids to exploit and access the emerging Mainland funding and research environment. We plan to develop multilateral and strategic partnerships with world-leading space science institutes, and participate in large, international, high-impact space missions. We see this as an effective means to better position the LSR, the Departments of Physics and Earth Sciences, the newly established Research Divisions of the Faculty of Science and so HKU, as a serious node of knowledge, expertise and capacity in space science and related disciplines.